The fireplace is one element that continues to carry an incredible amount of practical and sentimental value in American and European residential architecture today. After all, how many holiday photos feature the family fireplace in the background? The form and function of the fireplace has evolved over the centuries, even being shaped by politics at various points in history. Masonry Fireplace Industries, INC, celebrates the rich heritage of fireplace design as we continue to lead the way in prefab modular fireplace construction.

It’s not difficult to connect the evolutionary dots when considering how, why, and when human-manufactured fire was first moved from the outdoors into the family dwelling. Evidence of prehistoric firepits is found across the globe and illustrates just how crucial the indoor fireplace was for early human survival. It was at this critical point that the fireplace became the official gathering place for warmth, sustenance, and community.

The advent of the Northern European-style chimney some 900 to 1,000 years ago changed the game again, as it allowed for vastly improved smoke ventilation and air quality in the home. The chimney-vented fireplace also played a huge role in 18th– and 19th-century industrialization because it finally gave architects the opportunity to design buildings with fireplaces in multiple rooms and on multiple levels. Urban living was a new reality that posed huge challenges for developers and residents alike. already crude sanitation and hygiene standards succumbed to the drastic influx of people moving to the city. Having a fireplace at least meant that people living in high-density buildings could boil water, bathe, and wash their clothes.

The form and function of the fireplace as we know it was invented by Count Rumford at the end of the 18th century. The heat efficiency of fireplaces up until this point was limited because many fireboxes were actually tall and deep enough to step into. By creating a much shallower firebox with steeply angled sides, Count Rumford ensured superior radiant heat distribution. The potential for backdrafts was also addressed in Count Rumford’s fireplace designs: a tapered fireplace throat helps to guarantee consistent airflow and smoke ventilation. Our own line of Rumford-style masonry fireplaces showcases a level of heat-efficiency and sophistication that many clients seek out to complete their renovation projects.

Other interesting tidbits of fireplace history include the fact that larger-than-life characters like President Theodore Roosevelt impacted design aesthetics as well. Natural stone and river rock were employed to mimic rustic motifs popularized by America’s revived appreciation for nature, deviating sharply from the stylized elegance of materials like marble and wood. And did you know that the electric fireplace dates all the way back to the 1930’s? It seems that the promise of fireplace innovation has captivated consumers for hundreds of years.

Fireplace design continues to evolve today. Though, it can be harder to pinpoint by appearances alone. The familiar visual appeal of the Mason-Lite Vent Free Fireplace, for instance, gives nothing away of the fact that the unit doesn’t require logs to burn. Masonry Fireplace Industries, INC, always strives to honor our past while never loosing sight of the future of fireplace innovation. 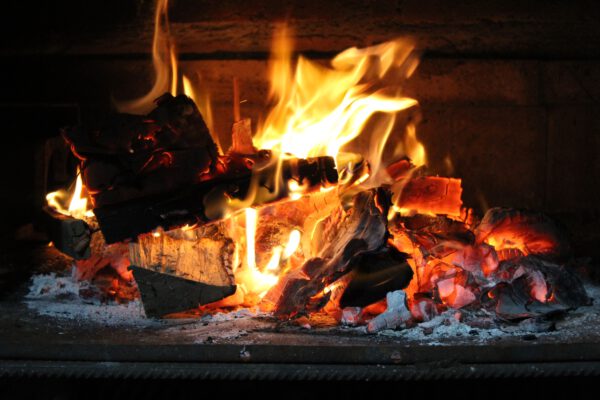